Oprah Winfrey Presents: Your Path Made Clear (Discovering Your Life’s Direction and Purpose) 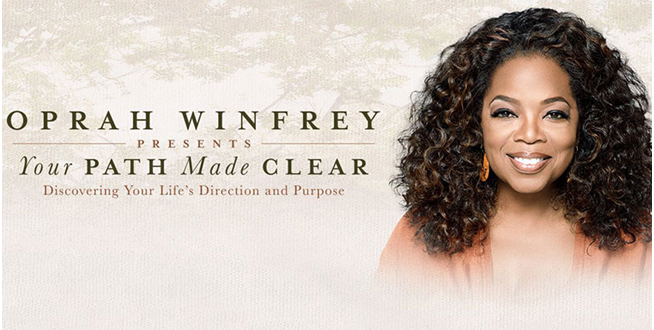 Oprah Winfrey will embark on a multi-city Canadian tour this summer as she shares her key lessons and the personal stories that helped set the course for her best life. Oprah Winfrey Presents: Your Path Made Clear (Discovering Your Life’s Direction and Purpose) tour will kick off in Toronto, ON on Friday, June 14. Oprah Winfrey will speak about the moments throughout her life that helped direct her on her path before being joined on stage by a special guest who impacted her journey for a unique one on one conversation.

“If you’re feeling stuck or at a crossroads, there’s no need to waste another moment wondering if there is more to life,” says Winfrey. “Of course there is. And it’s yours for the finding.”

Winfrey’s most recent New York Times Bestseller released in March 2019, “The Path Made Clear” provides inspiration and guidance to help readers discover not only who they are, but who you are meant to be. Guests featured in the book who will join Winfrey on tour will be announced at a later date.

Oprah Winfrey has created an unparalleled connection with people around the world, making her one of the most respected and admired figures today. Winfrey is an Academy Award-nominated actress, #1 author on the New York Times Bestsellers List, and a dedicated philanthropist. In 2013, Winfrey was awarded the Medal of Freedom, the nation’s highest civilian honor. In 2018, she was honored with the Cecil B deMille Award by the Hollywood Foreign Press Association.