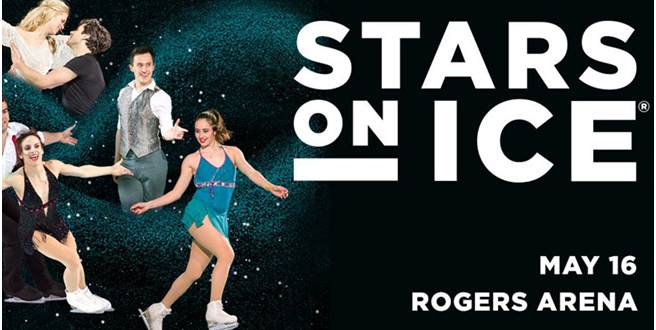 (Toronto, ON) – Stars on Ice is proud to announce the signing of two-time and reigning National Champion, Nam Nguyen to the cast for the 2019 Tour. This comes on the heels of Stars on Ice cast regular, Jeffrey Buttle, removing himself from the upcoming 2019 Stars on Ice tour due to injury. A fixture on the Tour since 2005, Buttle will remain with the Tour as show director and choreographer.

“It is with regret that I am missing this year’s tour,” stated Olympic Bronze Medalist, World Champion and three-time National Champion Jeffrey Buttle. “I sustained an injury last March that has gotten progressively worse and have decided to take the necessary steps to heal. I am so thankful for all of the support I have received throughout my career and will be back on the ice performing soon.”

While the crowd favorite Buttle will be missed, the addition of the ultra-talented Nguyen should excite Canadian fans of the annual tour. From 2007 to 2009, Nguyen won three national men’s titles — Juvenile, Pre-Novice, and Novice — each time becoming the youngest skater to do so. At the 2011 Canadian Championships, he became the youngest skater to win the junior men’s title, and by 2015 he had won his first Canadian Senior National Championship.

The 2019 Stars on Ice Tour, Canada’s premier figure skating show, will visit 12 cities nationwide beginning in Halifax, NS on Friday, April 26th, and wrapping up in Vancouver, BC on Thursday, May 16th. The Tour will also feature the first-ever visit of Stars on Ice to Laval, QC. For a complete list of tour dates and performance times, please visit www.starsonice.ca.

Tickets for Stars on Ice go are sale now. Special on-ice seating is available. Group discounts are available for parties of 10 or more. Tickets start at $25. Please visit www.starsonice.ca for the most up to date information, as well as exciting show announcements. Stars on Ice is pleased to continue its relationship with World Vision as the Official Charity of the 2019 Tour.

Stars on Ice continues to be a pioneer in figure skating by offering Canadian fans the rare opportunity to witness some of the country’s most accomplished and artistically gifted champions performing together in both individual and ensemble routines.

Friday, May 3 Toronto, ON Scotiabank Arena

Saturday, May 4 Hamilton, ON FirstOntario Centre

Sunday, May 5 London, ON Budweiser Gardens

Thursday, May 16 Vancouver, BC Rogers Arena

About Stars on Ice

Founded in 1986 by skating icon and Olympic Gold Medalist Scott Hamilton, the Stars on Ice tour originated in the United States. In 1991, Stars on Ice began to tour Canada and has now played more than 300 shows in the past 25+ years. Past tour performers include Kurt Browning, Jamie Salé & David Pelletier, Kristi Yamaguchi, Brian Orser and Katarina Witt. Stars on Ice is produced by IMG, a global leader in sports, events, media, and fashion. For more information about the tour, visit www.starsonice.ca. Keep in touch with Stars on Ice on Facebook: www.facebook.com/starsonice Instagram: www.instagram.com/starsonice, and on Twitter: https://twitter.com/starsonice.