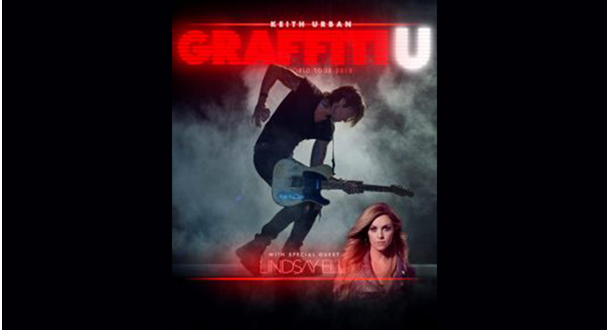 Keith Urban’s recently announced, “GRAFFITI U WORLD TOUR 2018” also the name of his forthcoming ninth studio album (“GRAFFITI U”), revealed today that it will include multiple CCMA nominee Lindsay Ell as the opening performer for his September performances in Canada. Ell will perform on seven Canadian shows, the first of which will be on September 14 at the Canadian Tire Centre in Ottawa.