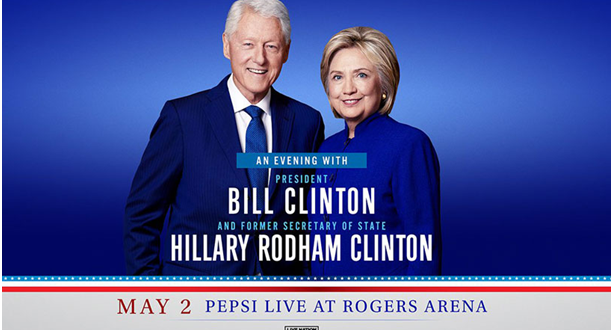 Tickets will go on sale to the general public starting Friday, October 12th at 10am local time at LiveNation.com.  A list of all event cities is included below.

Attendees will have the opportunity to hear one-of-a-kind conversations with the two leaders as they tell their stories from some of the most impactful moments in modern history. From the American presidency to the halls of the Senate and State Department, to one of the United States’ most controversial and unpredictable presidential elections, they provide a unique perspective on the past, and remarkable insight into where we go from here.